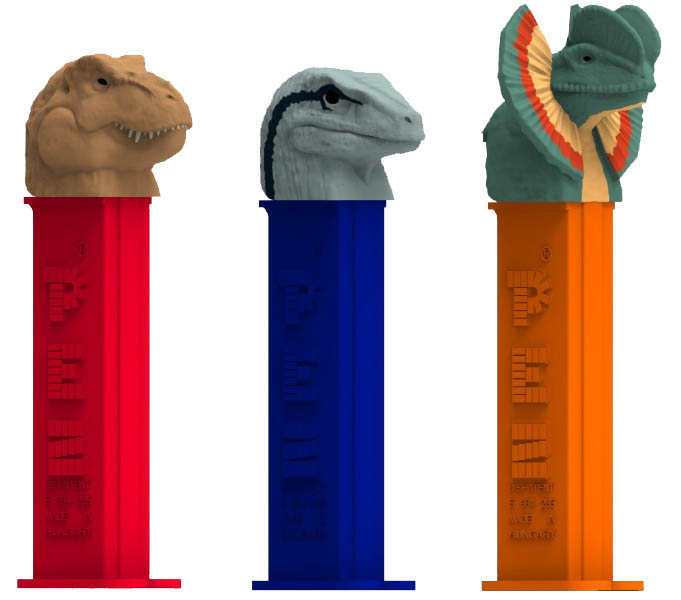 On June 1, 2018 and in anticipation of the upcoming theatrical release of Jurassic World: Fallen Kingdom, PEZ will release a Jurassic World Click & Play Gift Tin. The set will include four dispensers: Blue, T.rex, Triceratops, and Mosasaurus. Each dispenser top can be removed from its base to play along in an interactive and fun board game within each gift tin. The set also includes six Sour Blue Raspberry PEZ Candy refills. Both offerings will be available in Duty Free.